“Shred or Die” by Ian Leino

Were the Turtles and Shredder originally just skate park rivals? The Turtles were loose and artistic while the Shredder was all about precision and technical perfection. Once a big Hollywood producer got ahold of the story, it quickly morphed into this weird thing with talking rats, vengeance stories and armies of ninjas. Everyone involved got huge checks for the rights to their story, but were forbidden from ever telling the truth, lest it topple the empire of cartoons and action figures that had sprung up. It was supposed to be about the skating, man! 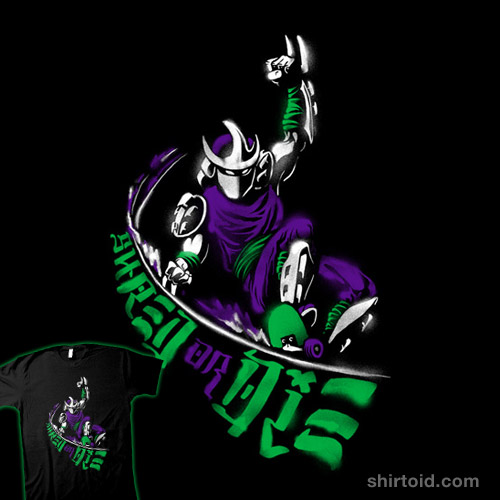