With the current political climate, the time is right for a new party to arise. One that stands against the wealthy corporate Empire AND the freeloaders. One that represents the hard working and entrepreneurial working class. One built on skill, leadership and bravery, that appreciates innovation and knows just how far to bend the rules before they snap.

Let’s admit: all politicians are crooks. If you’re not voting for someone who admits to being a crook, chances are that they’re a crook AND a liar.

Also available at:
ianleino
Current Promotions:
NeatoShop
★ SALE: Save 20% on All Tees at NeatoShop! ★
Share this:
Pin It
Tweet Share on Tumblr
https://shirtoid.com/52646/vote-smuggler/
Vote Smuggler
/wp-content/uploads/2013/02/Vote-Smuggler.jpg 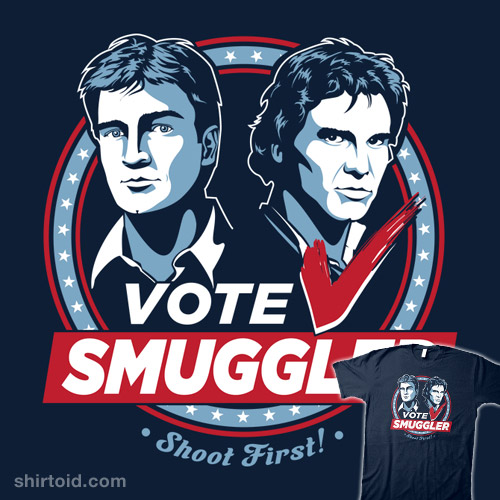