“The Great Whodini” by midgerock

Come one, come all to THE GREATEST SHOW ON EARTH!

You will see SPECTACLES beyond comprehension, WONDERS beyond imagination, and POP CULTURE REFERENCES beyond common recognition!

WATCH as TWO WORDS are COMBINED in front of your very eyes!

MARVEL at the outcome of said combination, which is AN ENTIRELY NEW WORD that calls to mind both TIME TRAVEL and GREAT ESCAPES!

IGNORE the part where the word isn’t actually new but is in fact the name of a still active hip hop band that started in 1981.

But most importantly, PAY THE ADMISSION FEE! 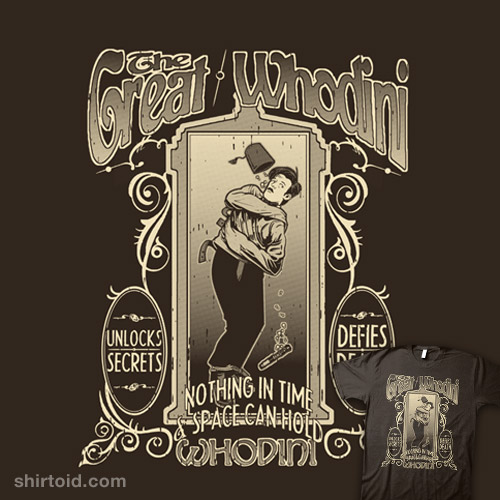