The Galactic Civil War was a battle fought for control of the universe. This Star Wars t-shirt features characters from the Rebel Alliance and the Galactic Empire. The shirt shows Yoda, Obi-Wan Kenobi, Chewbacca, Darth Vader, Emperor Palpatine, and Boba Fett. Star Wars is the greatest sci-fi franchise of all time, and this shirt shows the characters that made it a classic saga. For any fan of Star Wars, this Universe t-shirt is a must have. 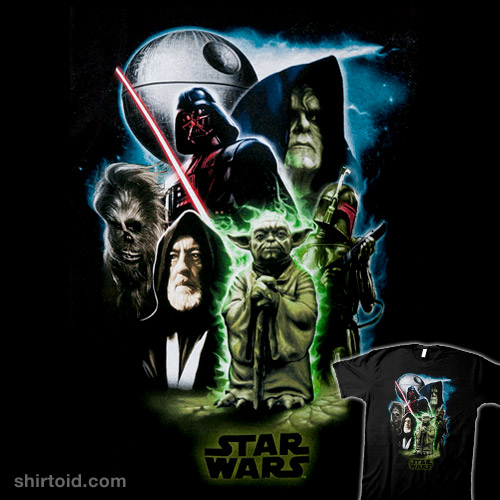