It all began 10 years ago on September 22nd, 2004. In remembrance of the mysteries, the most like-able characters ever created and the amazing soundtrack, happy birthday LOST. Here’s to another 10 years. This design is based on seasons 1 and 2 of LOST which features various memories from the shows beginning. 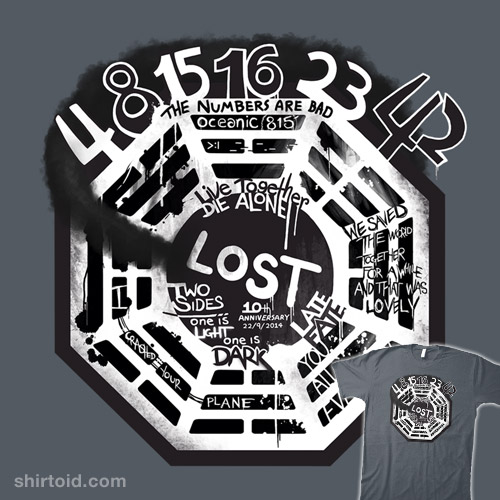